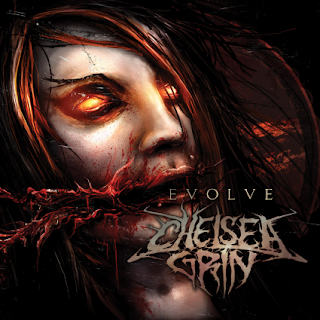 The 6 piece band Chelsea Grin has sold more than 50,000 copies of their first two albums "Desolation of Eden" (2010) and "My damnation" (2011), and on June 19th their new EP "Evolve" is unleashed. Their sound is powerful and influenced by bands like Emmure and Job For A Cowboy, you could say extreme metal meets hardcore with a dark tone over it. The new single "Lilith" is a perfect ambassador for this EP where my personal favorite is "Don´t ask, don´t tell" but I want to recommend the opener "The second coming" for new listeners as well. Me likey!
Catch them on the Warped tour this summer!
Upplagd av RothNRoll kl. 8:55 AM