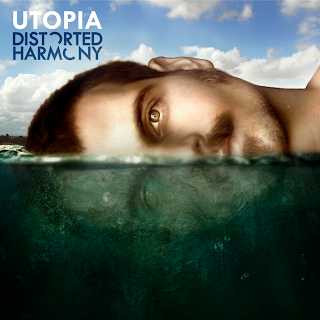 I don´t know much about music and artists from Israel but I´m glad I know about these guys in Distorted Harmony, what a great progressive rock band! Their debut album "Utopia" has been spinning in my stereo like wheels on a F-1 car in a Grand Prix race. And it´s available for free at their website, no shit! It´s produced by keyboardist/songwriter Yoav Efron and what a brilliant production it is, I just love their mix of fusion, classical music, heavy metal and 70´s prog. At times, they remind of Italian fusion band Nova and in other´s, Threshold and I know some of you might even say Dream Theater (their early albums before they became too technical). Because we´re talking songbased progrock here where the melody is the centre of the song, all 6 tracks are awesome but I have two favorites, "Kono Yume" and "Utopia". Thumbs up!