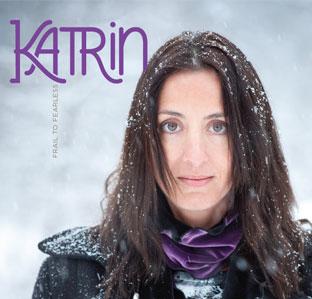 Boston based singer/songwriter Katrin Roush recently released her 4th album "Frail to fearless" and this time she teamed up with some major great musicians such as drummer Jerry Marotta (Peter Gabriel), bassist Tony Levin (King Crimson) and guitarist Bill Dixon (Paul McCartney). The music bring thoughts to a mix between Kim Hill and Suzanne Vega, tracks like "Far away" and "Ivy" are really good while some of the other tunes doesn´t move me at all. She does a decent cover of Led Zeppelin´s "That´s the way" which is nice but why did she go for this artwork where she looks like a school teacher? It´s supposed to sell the record and I don´t think this album cover will help.
Upplagd av RothNRoll kl. 7:41 AM