Lit - The view from the bottom 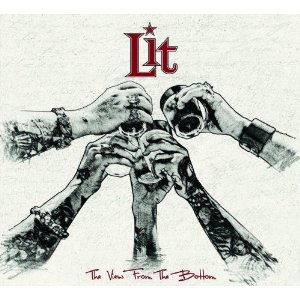 The Popoff brothers are back with a brand new album and this time it´s produced by one of the coolest guys in the business, Butch Walker! Alright!
"The view from the bottom" is the 5th album from Lit and it´s not a 100% pop punk album like their early albums "A place in the sun" (1999) and "Atomic" (2001), the new album is more of a modern rock/power pop album with Butch Walker´s spirit all over it.
I must say that this album is way better than the self titled album from 2004 but it doesn´t reach the same heights as the early ones, they are amongst the best pop punk albums ever made in my opinion. But this album is great, the single "You tonight" is a perfect choice to conquer the air waves but there´s more.
"You did it", "C´mon" and "The broken" are all radio friendly and will stick like glue if you let em.
I am happy with this and I bet you will too if you´re a fan of "Atomic" or "A place in the sun".