A Bullet For Pretty Boy - Symbiosis 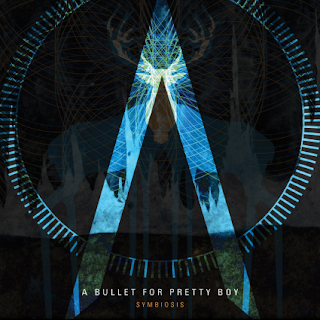 The christian hardcore band A Bullet For Pretty formed in 2006 and released their debut "Revision:Revise" in 2010, this summer their follow up "Symbiosis" comes out and according to the band, it´s a deeply personal record with some very honest lyrics. The album is full of varying dynamics and musical experimentation where tracks like "Red medic" and "Illumination" are proof of. They are really heavy in "The grateful prey" while songs like "Forgiven not forgotten" and "Self-disclosure" can be described as atmospheric metalcore. Great choruses. Another huge chorus can be found in "Come clean", the best track along with "Reptilian tongue" that is rather odd. Imagine a punkish King Crimson in 2012 and you´ll get "Reptilian tongue". Nice.