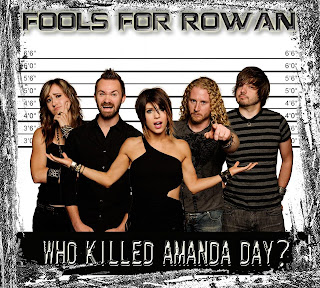 I like this band a lot, I gave their debut album "Twisted, tied and tangled" from 2009 a 3,5 star review at melodic.net and described their sound as a mix of 80´s rock and modern rock. And when I finally read their biography about their favorite music, I really think I nailed it because the band loves to listen to Bon Jovi, Whitesnake, Anberlin, Foo Fighters and Evanescence. Their new EP "Who killed Amanda Day?" is a safe buy if you´re a fan of their first album, the new single "Killed a man today" is a strong opener and it´s followed by 4 more rockers that truly satisfy my needs of hookladen riff rock. Only the ballad "Leave" feels a bit weaker but one song doesn´t drag down the rest. Just listen to "Crave" with the powerful chorus or "Chameleon" that sounds like the next single to me. This is good stuff!