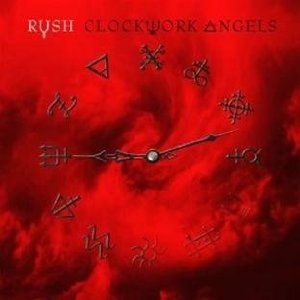 The artwork for Rush´s new album "Clockwork angels" is genius with the clock set to 21:12, everything about this concept album is genius. 75% of all drumtracks were done in one take and most of the songwriting was done by the band jamming, just like in the good old days of the 70´s. And just like on their previous album "Snakes and arrows", the band teamed up again with producer Nick Raskulinecz and I must say that "Clockwork angels" is one of Rush´s best albums in a long time. It will be hard to beat this one as the album of the year, the production is out of this world and the songs show a band that is ready for the marathon. Alex Lifeson, Neil Peart and Geddy Lee are showing no signs of going into the resting mode.
I´m glad to hear traces of their 70´s albums "Caress of steel" and "2112" as well as more recent work such as "Counterparts" and "Snakes and arrows". The wreckers" is one of the band´s 10 best songs, it´s so good it´s ridiculous. But I´m not too happy with the 5 year gap between their studio albums, "Vapor trails" came out in 2002 and "Snakes and arrows" in 2007. Does this mean their next album will be out in 2017? I certainly don´t hope so.