Serial Miller - End of the line 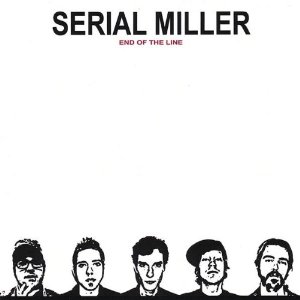 Singer Corey Miller was born in Hawaii but grew up in Texas, and then moved to Los Angeles where he and his brother Jesse Miller formed the band Critter Jones and released the debut EP "We´ve come to take you home" in 2003. Corey left Critter Jones to start his own band Serial Miller in 2007 with the album "End of the line" as the only release. Now, he´s back in Critter Jones and they´ve got a new album called "Now´s the time" out in 2012. So how do Serial Miller sound like? Well, take a piece of 90´s alternative rock and a piece of grunge and mix it with real dose of rocknroll and we´re close to the sound of "End of the line". Definitely for fans of Candlebox, Buckcherry and Seven Mary Three.
Songs that stand out are "Free reign" and "Leave out", I don´t like the Led Zep-blues of "How many times" at all. The album is a bit uneven but the good moments are really good on the other hand.
Upplagd av RothNRoll kl. 4:31 PM