This Is She - Nobody is ok 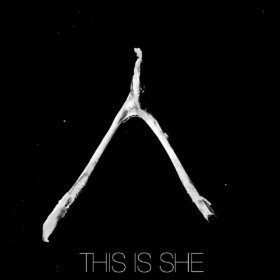 This Is She - Nobody is Ok (2012) Independent
Produced by This Is She
ELECTRO ROCK
Tracks : 1.Grow up 2.Ghosts 3.Disobey 4.Misery 5.Nobody is ok 6.Brace myself
www.facebook.com/thisisshemusic
4 out of 5

This band came as a surprise to me, I have followed solo artist Alana Grace through her career with great albums like "Break the silence" (2007) and "With one word" (2009) and really love the cool modern rock band The After Midnight Project that released a strong album in 2009 called "Let´s build something to break" plus a few independent EP´s. But I had no idea that members of The After Midnight Project and Alana Grace had a new band, awesome! They´re called This Is She and features Christian Paul Meadows - Guitar, Ryan Folden - Drums and Alana Grace - Vocals. They met during the Warped Tour in 2009 and started working together in 2010 when The After Midnight Project went on indefinite hiatus. The result is the 6 track EP "Nobody is ok" and I truly like what I hear a lot, this EP is quite different from their earlier work and can be described as as a rock-pop-electronica-dance affair. I really hope they can create some buzz in the music industry with these infectious songs that will work just as fine on the dance floor as on active rock radio. I love all songs except the title track that sounds like a producer had just a little too much fun in the remixing mood. The question is, when will Rihanna cover "Disobey"? This is bloody great folks!