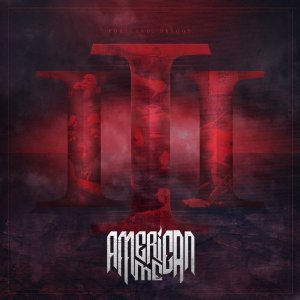 American Me started as a side project to It Prevails a few years ago and by 2012, they have already released 3 albums. This is heavy as fuck, pop freaks - stay out! American Me sound like they eat bricks and shit steel, you don´t get to catch your breath even once during the 10 tracks of the new album "III". If you´re into the most aggressive metalcore with traces of punk/hardcore, tracks like "The Montreal screw job" and "Veni Vidi Vici" will do the job for sure. There is a reason why metal should be played loud, crank up the volume to max to "Natural enemy" and you will understand what I mean. Background music? Not a chance, buy a Barry Manilow album if you want to be cozy. I like this shit!