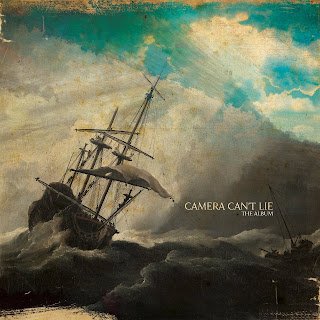 Camera Can´t Lie - The Album (2012) Independent
Produced by Ron Aniello
MODERN ROCK
Tracks : 1.Shut up and show me 2.Call me crazy 3.Last dance 4.Standing still 5.Not everyone leaves 6.I´ll wait for you 7.The one that got away 8.Losing you 9.Casualty 10.Dakota 11.Over and over 12.What´s on my mind
www.facebook.com/cameracantlie
3,5 out of 5

Contemporary rock band Camera Can´t lie signed to Atlantic Records in 2008 and recorded 40 songs for their major label debut and then silence.........and so Eric Arjes and Kyle Lindsay of the band started to realize the album wouldn´t come out. They managed to get the rights for the tapes and with support from fans at pledgemusic, the band now releases the album independently. If you have followed this band from the beginning you will recognize several tracks that has been re-recorded from their previously released EP´s. But we also get 5 new tracks in "Standing still", "Dakota", "Over and over", "Shut up and show me" and "I´ll wait for you". This is good stuff no doubt, for fans of The Fray and Augustana.
The album will be out on iTunes later this fall.