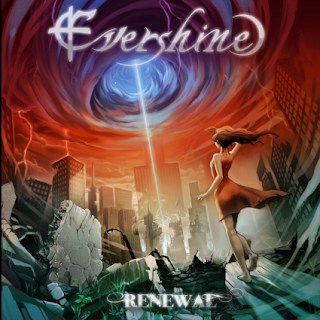 Evershine ain´t your average power metal band, this Italian band has taken influences from AOR, Japanese metal and progressive rock like a mix between Stratovarius, Rising Force and Loudness. Musically, they´re really good but I´m not a big fan of the vocal part. The singalong choruses tend to get a little too eurometal-like, there just ain´t enough muscles in the vocal performance. I do enjoy songs like "Run" and "Where heroes lie", and you can´t complain about the musicianship. A nice debut for a band with a promising future.