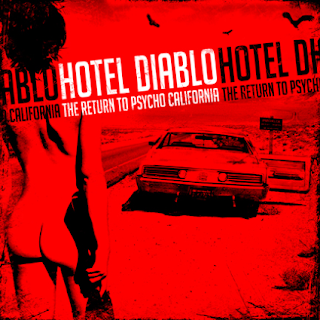 Singer Rick Stitch and guitarist Alex Grossi quit Adler´s Appetite and formed the new band Hotel Diablo last year, the recruited the rhythm section of Mike Duda and Mike Dudke and headed into the studio with former GunsNRoses guitarplayer Gilby Clarke to record their debut album "The return to psycho, California". An album that will please fans of Velvet Revolver, Buckcherry and GunsNRoses of course. It´s a solid album featuring the strong single "Bury you", a nice cover of Oasis "Wonderwall" and the melodic "All these years" which is my personal fave. I prefer the alternate version of "What you do to me" which is included as a bonus track, the acoustic version sound so much better. The music doesn´t give me the goosebumps but it´s definitely a good hard rock album.