Simon Wilcox - The charm and the strange 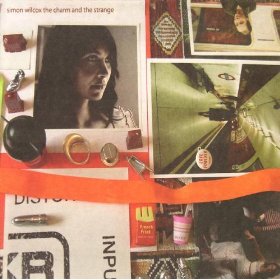 It´s fun to discover "new" albums even though they´re a few years old like the Canadian singer/songwriter Simon Wilcox and he´s a she but with a boy´s name. She has co-written songs for Three Days Grace, Ten Second Epic, The Trews and The Ready Set etc. But Simon Wilcox has also released 5 albums where "King" from 2011 is her latest album, the one I´m listening to this evening is "The charm and the strange" from 2007 that features Tomi Swick as one of the guest guitarists. The sound of this album can be described as Britrock with Nordic indie rock flavor, imagine The Cardigans meets Echo and The Bunnymen with a touch of The Cranberries and you´ll get "The charm and the strange".
The music feels a bit romantic and I do enjoy songs like "Eyes on you", "Disaster strikes" and "Mother´s ruin". The song "Sad fool" even bring thoughts to Sixpence None The Richer. Nice.