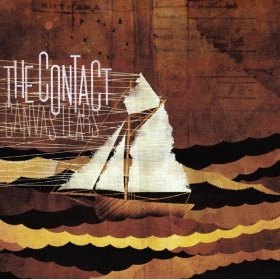 Here´s another band that falls into the category "one released album and then silence", The Contact from Halifax, Canada. The line up features Geoffrey Fifield - Vocals/Guitar, Tim Fifield - Bass, Chris Gilks - Drums and Jordan Allen - Keyboards, and among their influences we find Muse, The Smashing Pumpkins and Keane. I also think they remind a bit of another Canadian band called Pilot Speed, they do a really great cover of Peter Schilling´s 1983 hit "Major Tom" which is a highlight along with the strong opening track "Black sea" and the Led Zep-ish "Return of the sea". This is quality folks!