The Everyday Visuals - Things will look up 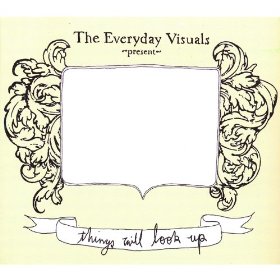 You know how boring those grey and rainy days in November can be, nothing to do, no books to read, no friends to call because they´re either busy or just won´t answer the phone and no good on tele. That´s exactly how The Everyday Visuals 2007 album "Things will look up" feels like, these 12 tracks took like forever to get through except for two tracks that are quite smooth and nice such as "Watertown yard" and "Driving". The band is led by Christopher Pappas and released their debut "Noise/Room" in 2002, they formed in Boston but moved to Los Angeles where they have recorded their 5th album that will be out later in 2012. Nah, this wasn´t my cup of tea at all.