The Feds - A touch of panic 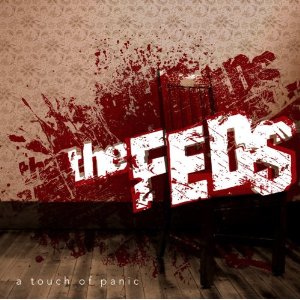 The Feds - A touch of panic (2007) Tribunal Records
Produced by Alex Gerst
ROCK
Tracks : 1.Saturday girl 2.Hollywould 3.Bigfoot goes to heaven 4.You, Euphoria 5.Apartment song 6.Jenny 7.Stop 8.Housefire 9.Whiskey sour kiss 10.Alive 11.Seven (if you run) 12.The four hoursement of confusion 13.A touch of panic 14.From you to me
www.myspace.com/thefeds
4 out of 5

Why some bands make it and other band´s don´t is a mystery, I guess it´s a matter of luck and having the right connections in the music business because Dallas rockers The Feds last album "A touch of panic" is a big one. They should be playing in the big league with artists like Foo Fighters, Papa Roach and Slash. This album is way better than their debut "From hell to breakfast" (2003) which was good too. We´re talking 3 words here, attitude, honesty and passion. You will find it all in "A touch of panic" and I just love their mix of 80´s hard rock and modern rock. Perhaps as a support act to Motley Crue would just do it for these guys?
Great album!