The Hoosiers - The trick to life 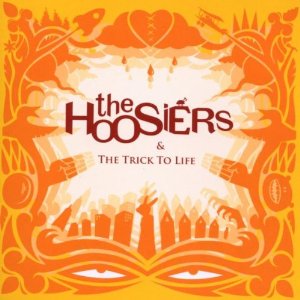 The Hoosiers - The trick to life (2007) Sony Music
Produced by Toby Smith
POP / ROCK
Tracks : 1.Worried about Ray 2.Worst case scenario 3.Run rabbit run 4.Goodbye Mr.A 5.A sadness runs through him 6.Clinging on for life 7.Cops and robbers 8.Everything goes dark 9.Killer 10.The trick to life 11.Money to be made
www.thehoosiers.com
3,5 out of 5

Just like The Feeling, the British pop/rock band The Hoosier are also influenced by 70´s artrock such as 10cc and Electric Light Orchestra. Their debut album "The trick to life" is very entertaining with Mika-like falsetto vocals and smart song structures where the single "Worried about Ray" reached #5 on the U.K singles chart. This album was a big success in 2007 where it reached #1 on the U.K album chart, the first half is very strong but the album falls a bit at the end. However, it never gets boring. My favorite is "Goodbye Mr.A" which is a perfect AOR song that brings out the best of City Boy and E.L.O.
The band followed up with the 2nd major label release "The illusion of safety" in 2010 but has gone independently with their 3rd album that will be out in late 2012.