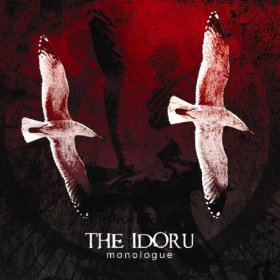 The Idoru - Monologue (2007) Edge Records
Produced by The Idoru
POP PUNK
Tracks : 1.Monologue 2.When the morning comes 3.Refused day by day 4.Last raindrop 5.Monochrome 6.Prison of dead 7.Encounter 8.Kill 9.Shelter of empty souls 10.The better one
www.myspace.com/theidoruband
3 out of 5

You can never guess that The Idoru comes from Budapest, Hungary. They have an international sound and there are no signs of any Hungarian accent at all, they formed in 2003 and has released 4 albums where "Monologue" is their 2nd album. The latest album "Time" came out in 2011, but back to "Monologue" which is a solid pop punk album where a big part of their sound is straight ahead rock. Imagine a mix of Cauterize, SR 71 and with traces of Iron Maiden (Dianno era) and you´ll close to The Idoru. The track "Monochrome" stand out a bit more than the rest but I can´t find any mediocre songs at all.