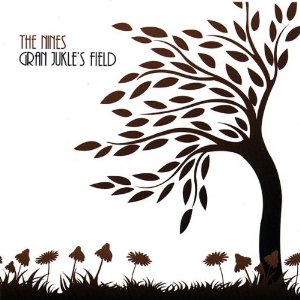 The Nines - Gran Jukle´s Field (2007) Independent
Produced by The Nines
POWER POP
Tracks : 1.Insanity 2.Don´t be a fool 3.Dance just for me 4.She hijacked me 5.Chantel Elizabeth 6.I am lost 7.Virginia 8.Safe 9.Monotony´s song 10.Find our way back home 11.Eileen 12.Gran Jukle´s field
www.ninespop.com
4 out of 5

If you´re a huge fan of 70´s pop a la E.L.O, Wings and Motors, you most certainly must get yourself a copy of The Nines album "Gran Jukle´s Field" from 2007. The band has released 6 albums where the latest one is "Polarities" from 2011, that´s a collection of unreleased songs. The Nines also released one album "Wonderworld of colourful" on EMI in 1998 and has collaborated with Bleu and Jason Falkner (Jellyfish). The line up features Steve Eggers - Vocals/Bass, Sam Tallo - Guitar and Aaron Nielson - Drums. That Eggers guy is phenomenal, just listen to "Insanity" or "Don´t be a fool" that both are perfect orchestral pop songs. Just amazing! I totally adore the Bee Gees-like "I am lost" but don´t really like the Irish folk influenced "Chantel Elizabeth". I wonder if Steve Eggers is related to Paul McCartney, well he could fool me!