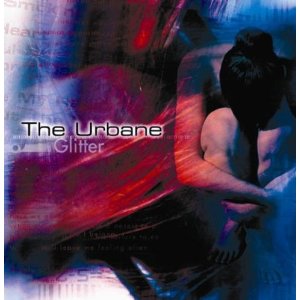 The Urbane - Glitter (2004) Inside Out Music
Produced by John Mitchell
POWER POP
Tracks : 1.Chain smoking a way to your heart 2.12 3.Glitter 4.Beautiful sun 5.Parachute 6.Dont say 7.Time after time 8.Hate my radio 9.In-between 10.Cut the wire 11.Something missing 12.Give it away 13.Something 14.Suffocate
www.myspace.com/theurbane
3,5 out of 5

This will be my final "old but fresh" review for a while, or perhaps a really long time. New albums are waiting around the corner to be reviewed, hehe. But first, the British rock band The Urbane that has released 2 albums with "Neon" in 1999 and "Glitter" in 2004. The band features John Mitchell - Vocals/Guitar (It Bites, Kino, Arena), Paddy Darlington - Keyboards, Martin Raggett - Bass and Scooby - Drums. Now you might expect a progressive rock album but The Urbane is more of a powerpop band with traces of postrock, sure there are some progressive parts but not much. The opening track "Chain smoking a way to your heart" can be described as grunge-pop, the title track is a fave of mine and it bring thoughts to Bleu and Ken Andrews. "Parachute" is another cool song that sounds like PFR meets Kings X, we also get a nice cover of Cyndi Lauper´s "Time after time". I really dig this album!