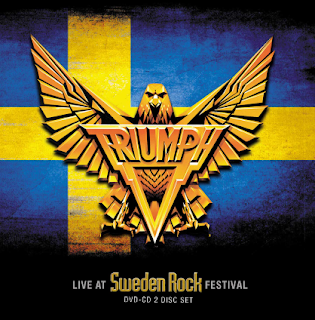 Not many people would´ve thought Triumph would perform live again with the original line up but the ones who had a ticket to Sweden Rock Festival in 2008 had the opportunity to witness this historical event. For the first time since 1988, the original line up played a set of their most classic songs and now in 2012, the show is being released on CD and DVD. It´s a good performance but not as great as how they sounded back in the 80´s, just listen to the live versions of these songs on the "Stages" live album from 1985 and you will clearly hear the difference. They do pull off great versions of "Blinding light show" and "Rocknroll machine" but I´m no fan of their bluesy side with songs like "I live for the weekend" and "Rocky mountain way". I bet though that this album is a nice reminder for the fans who was there that night.