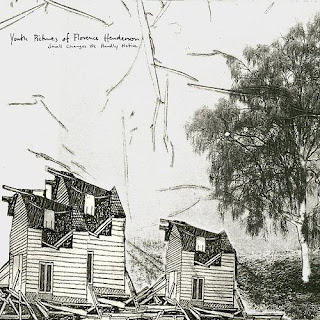 Oslo, Norway is the home for post-rockers Youth Pictures of Florence Henderson, a band that makes moving and colorful music like the leaves on the trees in mid-October. There are lots of harmonies flowing in their songs but the complex song structures makes it hard to take it all in at once, they´re a bit psychedelic with a touch of emo and at the same time you get a taste of noise rock on the side. "But now you know" is a grower and I tend to like it more and more, "Swim team philosopher" is just grey and depressive like a flirt with Joy Division and even Radiohead. I do enjoy "Hearts and consequence", it´s a beautiful indie rock song and the highlight of this EP. Also available with the band : "Unnoticeable in a tiny town, invisible in the city" (2005) "Youth Pictures of Florence Henderson" (2010).
Upplagd av RothNRoll kl. 8:18 AM