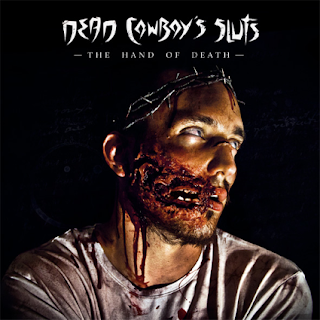 I wasn´t too much of a fan of 90´s metal like Pantera, Prong and Sepultura when it came and blew wimpy 80´s metal away, but I have come to enjoy this genre today mostly because I got to love numetal and hardcore. Once you start to dig screamo and growls, it´s only a matter of time before you start soaking in death metal and thrash metal. The French metal act Dead Cowboy´s Sluts might not compete with Pantera but they sure put on a fight with some serious guitar shredding from their 2 guitarists LeClerc Mathieu and Plathey Pierre. We´re talking machine gun riffs in the same cascades as the Germans defending Omaha Beach on D-Day. Their debut album "The hand of death" has it´s moments and if you´re looking for some hard ass headbanging music, look no further. A decent piece of work.