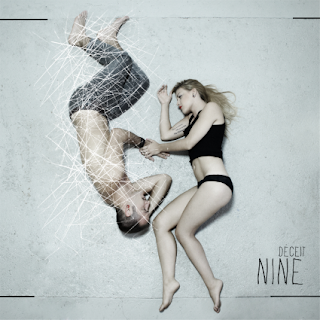 Deceit - Nine (2012) Scarlet Records
Produced by Deceit
ROCK
Tracks : 1.Wolfman 2.Out of project 3.First father 4.Unreal 5.Around the world 6.Too Fighters 7.Bietto 8.The fall 9.My stupid revenge 10.Last song
www.deceitmusic.com
3 out of 5

Italian rock band Deceit started as a cover band playing 90´s rocksongs from bands like Foo Fighters, Alice in Chains, Soundgarden, Queens of the stone age and Pearl Jam.
The band released their first EP in 2010 and also recorded a cover of Massive Attack´s "Teardrop", this year their debut album "Nine" will be out in October and it contains 10 original tracks heavily influenced by Foo Fighters. It´s a solid album but I kinda misses the killer song, sure their first single "First father" is good and the Queens of the stone age-like "Bietto" is really groovy but none of the other tracks lift the album. The production is edgy and I like their energy, I also think they´re a tight band so they´ve got potential.