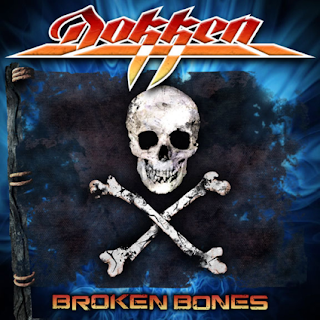 I must admit that I was a bit disappointed with Dokken´s previous album "Lightning strikes twice" from 2008 so when Don Dokken promised a step back to good old days with the sound of the new album "Broken bones", I wasn´t at all convinced. But it´s stronger than their previous album and certainly a step in the right direction, guitarist Jon Levin make riffs that sound like George Lynch no doubt. The new album which is their 11th studio album, truly sound like their 80´s work like "Back for the attack" and "Under lock and key" but not with the equally great songs. This is a good album where tracks like "Broken bones" and the oriental "Victim of the crime" stand out, Don Dokken must be very pleased with the new line up of Jon Levin on guitar and Barry Sparks on bass since he wasn´t at all interested in getting back to the classic line up with George Lynch and Jeff Pilson. I´m satisfied too.
Upplagd av RothNRoll kl. 7:11 PM