Mixtapes - How to throw a successful party 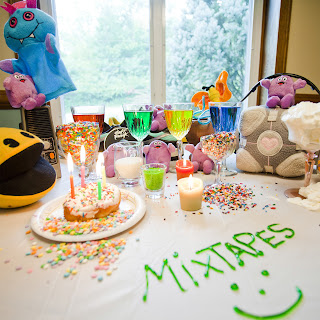 Mixtapes is a pop/rock band from Cincinnati, Ohio. They released their debut album "Maps" in 2010 and followed up with "Companions" in 2011, the EP "Hope is for people" came out the same year and in 2012 we get 2 more albums from this positive sounding band. First the full length album "Even on the worst nights" and this fall, the acoustic album "How to throw a successful party" will be available on Oct 30th.
They don´t write lengthy songs, mark my words. Most songs have a running time between 1 and 2 minutes, I think this is a good album where my thoughts go to Robby Takac of Goo Goo Dolls collaborating with The Proclaimers ( remember their hit "Walk 500 miles"?) plus fans of Secondhand Serenade might also appreciate this 9 track album. Their music puts me in a good mood. Thank you!
Upplagd av RothNRoll kl. 10:48 PM