Process - Through acknowledgement only 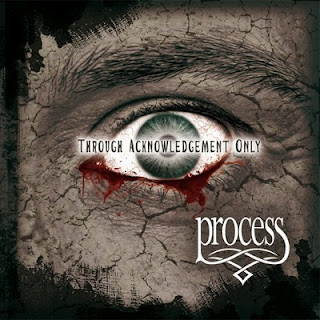 Danish metallers Process formed in 2008, they started working on their debut album "Through acknowledgement only" in 2009 with producer Jacob Hansen (Raunchy, Mnemic) but continued to work with Jonas Thygesen in 2011 to finish the album. Process are influenced by bands like At The Gates, All That Remains and Lamb of God. There´s both a dose of death metal as well as classic thrash metal in their sound, the parts with clean vocals reminds a bit of a more aggressive version of Volbeat. The songs "Scars remain" and "Turning pale" catch my attention but most of the other songs only have a few parts that sound interesting, especially the guitarwork. This 8 track album is a bit uneven I´m afraid.