Several Union - Awake from the game 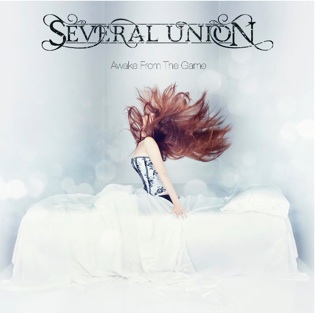 Several Union - Awake from the game (2012) DMB Music
Produced by Riccardo Pasini
ALTERNATIVE METAL
Tracks : 1.Erase the sorrows 2.On my own 3.The game 4.Awake 5.Dream on 6.Best of me 7.One by one 8.Fall and fade 9.Dualized 10.Tonight you´re mine 11.Waiting for
www.severalunion.it
3 out of 5

The Italian band Several Union has created a cool mix of dark modern rock and electro metal, imagine Black Light Burns meets Three Days Grace. They debuted with the "Ressurection" EP in 2006 and followed up with the "A look in the mirror" LP in 2008, now 4 years later their brand new album "Awake in the game" gets an international release and it´s a good record too. All songs are written by frontman Alessandro Montalti and the only thing that I can complain about is that some songs are done in the same key and tempo. For an example, "Best of me" sounds almost like a copy of the single "The game". The single however is a damn good modern rock song, not to mention the strong opener "Erase the sorrows" that should only be played loud. I don´t like their upbeat cover of the Aerosmith classic "Dream on", it´s a different version but not good at all. Anyhow, it´s a solid album.