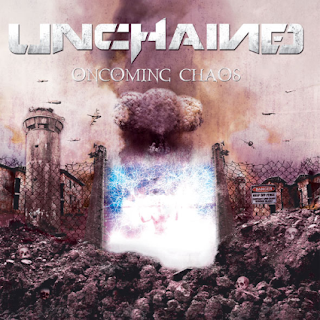 Unchained is a classic song by Van Halen from their "Fair warning" album but it´s also the name of a new French metal band featuring members from Kragens and Gorgon. Their debut album "Oncoming chaos" has more in common with Slayer than Van Halen if you wonder, this is a strong heavy metal album with death metal growls. I don´t know that much about the French metal scene except for bands like Trust, Gojira and Lyzanxia but I do think Unchained is good enough to make a name outside their country. The album opens with the best track "Infernal death machine" that contains guitar riffs in the Savatage style, very nice. The more melodic "Freedom through fire" would do justice on an 80´s album with Accept, I like it. The national anthem of Russia is the intro of the mighty "Russia", also a track that stands out on the album. Good stuff!
Upplagd av RothNRoll kl. 7:20 PM