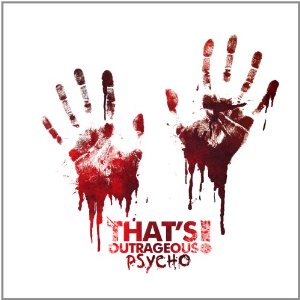 It´s become rather popular to blend hardcore with dance pop these days where New York based That´s Outrageous proved on their debut "Teenage scream" from 2011. They follow up with the sophomore release "Psycho" this fall and formula is the same, screamo and vocoder vocals, metal riffs and programming, kick ass drumming and dance beats all together. The track "Vyvanse trance" is MTV pop a la 2012 while the title track "Psycho" is melodic hardcore that will scare away any fan of One Direction. I prefer tracks like "Obliviate" and "Pretty little liars" with strong hooks and a perfect mix of hardcore and pop than the slick pop of "Home invasion". It gets a bit annoying when the vocoder vocal parts take over, I prefer a real voice.