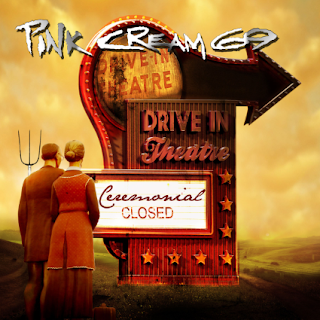 Has it already been 6 years since PC69´s last studio album "In10sity"? Time sure flies by fast, the German hardrock band releases their 11th full length album in early 2013 and this time they´ve recruited the new drummer Chris Schmidt (SunStorm, First Signal). I´m not at all a huge fan of PC69 but I do like their early albums and I welcome the new album "Ceremonial" with open arms because it sounds fresh and very melodic. The production from bassist Dennis Ward is topnotch and singer David Readman impress me more and more for each time I hear him, he´s got both the power and the sense of singing with passion. This album doesn´t sound so dated either, PC69 still deliver classy hardrock with strong hooks but with traces of 90´s hardrock and even some modern vibes. The opening track "Land of confusion" is not a cover of the Genesis hit if you thought so, I don´t see it as a typical opener either because the 2nd track "Wasted years" is so much better. Other great tracks are "Big machine" and "King for one day".