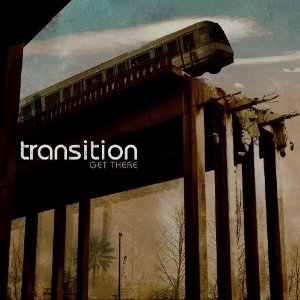 Transition - Get there (2006) Floodgate Records
Produced by Mike Herrera
POP PUNK
Tracks : 1.Excusable 2.Down at the harbor 3.The issue 4.Winter 5.Air we breathe 6.Count me out 7.A letter from Dallas 8.Carolina 9.Give and take 10.Get there 11.Tune in
www.myspace.com/transition
2,5 out of 5

Still a few albums from 2006 to review where some are considered to be old but fresh, and if Pittsburgh based pop punk band Transition´s last album "Get there" would´ve been an EP instead. I would without doubt give this album more than 2,5 stars because some songs do sound fresh and I truly enjoy their feel-good vibe but the major part of the album soundalike. It´s hard to seperate one song from the other, perhaps this was also the reason this band didn´t breakthrough either. I don´t mind listening to songs like "Excusable", "The issue" and "Count me out". A little more edge to their sound should´ve done it.
Upplagd av RothNRoll kl. 8:20 AM