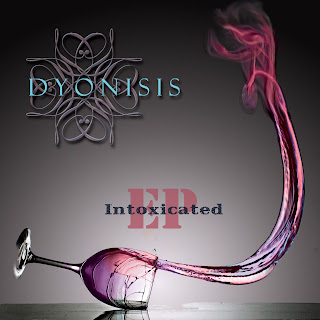 I felt a bit confused when I received Dyonisis new EP in my mailbox, first I thought it was the Swedish power metal band Dionysus that had spelled their name wrong but it wasn´t. This is a band from Sheffield, England that formerly was called Dawn. Their self titled debut album came out in 2007 and it was followed by the 2nd full length "Intoxicated" in 2010, this February the new "Intoxicated" EP is released and it contains 4 tracks off the latest album and the track "Hunted" from the first album so it´s more of a compilation. I´d like to call their music light prog with goth tendencies, my thoughts go to bands like Clannad and Dream Aria while listening to songs like "Eve´s song" and "Arachne´s song". It´s comfy music where the celtic vibes are never far away, they are a bit heavier in "Of the fear" but the production is too digital, however they´ve got a great vocalist in Nel. Nice.
Upplagd av RothNRoll kl. 5:01 PM