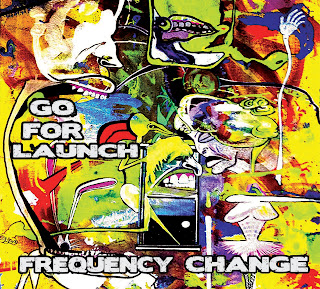 Go For Launch - Frequency Change (2012) Independent
Produced by Go For Launch
ALTERNATIVE ROCK
Tracks : 1.The Catalyst 2.Judgement day 3.Impossible apology 4.Severed 5.Subject to change 6.Figure me out 7.Something major 8.Dont make the man 9.Dead by dawn 10.To the intolerant
www.facebook.com/GoForLaunchMusic
3 out of 5

The East coast rockers Go For Launch are influenced by jazz, pop, rock, R&B and progressive rock. Well you can see, there´s a lot to expect while listening to their new record "Frequency change". But they won´t sell a lot of copies with this dreadful artwork, on the other hand, the music is so much better than the album cover. This band is groovy, they´ve got the funk and they´ve got some good songs too. Imagine a mix between 311, Spin Doctors, Smash Mouth and RHCP and you´ll get Go For Launch. I think it´s quite charming to blend 90´s modern rock with 80´s funk, this is without doubt a solid album that should´ve had one or two smashes. I miss that killer song, but I can´t find any fillers either which is good.
Upplagd av RothNRoll kl. 6:44 PM