The Left - Day one 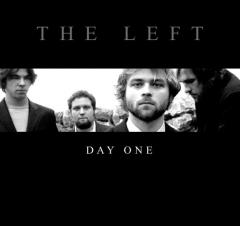 Vancouver, Canada is the home for many great rock artists such as Prism, Heart, Headpins, Loverboy and Bryan Adams. It is also the hometown for The Left, this band formed in 2002 and released their debut album "Day one" in 2006. Influenced by The Beatles and Coldplay but sounds more like a mix between Steve Miller and Travis, their follow up "Roses aren´t good enough" came out in 2007 and recently they released their 3rd album "Cycles" in 2012. "Day one" is a hard to get album these days but if you get a chance to stumble over a copy at eBay, buy it. The Left definitely rock harder than Travis and Steve Miller but the harmonies are quite similar, there are moments when they remind of PFR too. Not all 14 tracks are good but the major part of the album is more than nice, this was the last "old but fresh" review for a while. Now let´s get back to new releases again.