Benesser - The start of something new 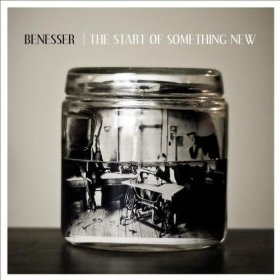 The Swedish trio Benesser has already played on well known festivals like Frizon, Peace and Love and Live at heart so they are slowly creating a buzz in the music industry with their alternative progressive rock. Their debut full length "The start of something new" will be out in April and I must say that this is one of the most promising new bands I´ve heard lately, their music is rich of nuances and also got that nice Swedish melancholic feel. Imagine a mix of Khoma, Muse and Mew and you´ll really close to the soundscape of "The start of something new", the two tracks "Where silence prevails" and "For the eyes of the lord" are also featured on their "Colors" EP from 2010 along with 2 non album tracks. The opening track "Where silence prevails" is one of the heaviest tracks on the new album and a true fave of mine but the real highlight is the 7 minute long "Is it you" that bring thoughts to Dizzy Mizz Lizzy. The first single "Signs of time" is out on iTunes and it´s also really catchy, so what´s next then? Perhaps as a support act to Muse, yeah that´ll be perfect for Benesser.
Upplagd av RothNRoll kl. 5:22 AM