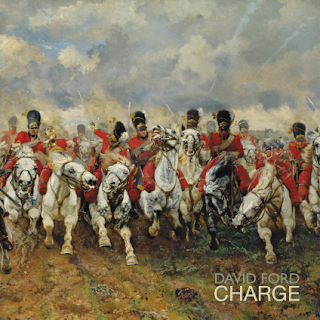 Who is David Ford, where does he come from and why haven´t I heard of him before? Many questions but all I know is that an artist of this calibre should be huge and playing arenas around the world, his songs on the brand new album "Charge" sounds timeless and could be classics from the 60´s and 70´s. What a lovely mix of Memphis soul and New Jersey rock this British singer/songwriter deliver on "Charge", brilliantly produced by James Brown (Dave Grohl/Foo Fighters). Lots of different artists pop up in my head while listening to "Charge" such as Waterboys, The Hooters, Hothouse Flowers, Squeeze and John Cafferty. David´s got an amazing voice and perform the songs like a true storyteller, it´s a crime not to include this album on a Best of 2013 album list so here´s your free ticket on my list David. He´s hardly a newcomer in the business because he released two albums with the band Easyworld between 2001-2004 on Jive Records and "Charge" is his 4th solo album so there´s a lot of music to discover here. Highlights on this album are : "Everytime", "Pour a little poison", "Moving on", Perfect soul" and "Philadelphia boy".
Upplagd av RothNRoll kl. 5:38 AM