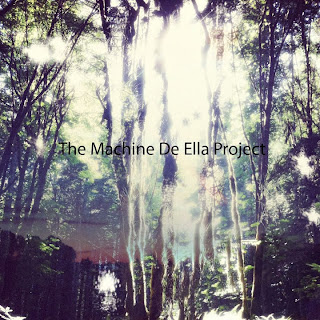 Falling Up - The Machine De Ella Project (2013) Independent
Produced by Falling Up
AMBIENT ROCK
Midnight on Earthship
Tracks : 1.Sky circles 2.Home 3.Bruise 4.Greying morning 5.Who you are 6.Down here 7.Summer song 8.Rooftops 9.Voices 10.Tomorrows
Hours
Tracks : 1.The contract 2.The climb 3.Finn hatches a plan 4.The rest will soon follow 5.Aeva and the waving world 6.On growing things 7.Intro to the radio room 8.The outsider 9.Blue ruins 10.Transmission 11.Prillicians 12.In echoes forever
http://machinedeellaproject.fallinguplives.com/
4 out of 5

It´s become more and more popular to make albums with the help from the fans through funding platforms such as Kickstarter and PledgeMusic, but also by the band´s own website where you get to pre-order an upcoming album and get exclusive offers. Falling Up´s latest audio project "The Machine De Ella Project" contains 2 albums and were released between October 2012 and February 2013, "Midnight on Eartship" features 10 tracks in a more ambient style in the same vein as the previous release "Mnemos". While the 12 track album "Hours" is classic Falling Up rock that goes hand in hand with their first albums soundwise, I´d like to point out Jessy Ribordy´s amazing vocal performance on both albums. He alone, is a reason enough to listen to the music here. From what I know, their former label Bec Recordings wasn´t interested in working with Falling Up on their experimental endeavours. I think that´s a big mistake from the label´s executives because the quality this trio deliver, is pro-made and a guaranteed sonic adventure from start to finish.
Upplagd av RothNRoll kl. 5:33 AM