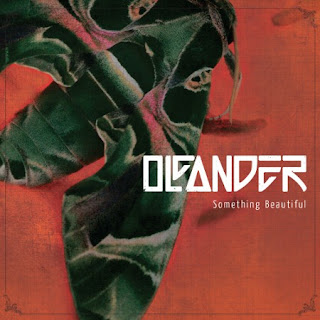 Oleander - Something beautiful (2013) Re-Ignite Records
Produced by Rich Mouser
MODERN ROCK
Tracks : 1.Fight 2.Something beautiful 3.Bulletproof 4.Until it´s over 5.Never too late 6.Save the best 7.Save me 8.You are the one 9.Daylight 10.Where do we go from here 11.How do we say goodbye
www.oleander.net
3,5 out of 5

Here is a safe buy if you´re into active rock, it´s been a while since Oleander latest album "Joyride", well exactly 10 years but now they´re back with a new solid modern rock album and I´m sure fans will be pleased to hear this new rocking affair. The opener "Fight" was featured in WWE 12 last year and the rest of the album follows the same fine tradition of guitar oriented modern rock, the 2nd track "Something beautiful" is the new single and it´s a perfect ambassador for the whole album. A modern rock album without a strong power ballad won´t be complete and so here it is with "Until it´s over" that you will probably see as a video on youtube in 2013. Oleander has sold the impressive numbers of 500,000 albums and the new album is just as strong to make those numbers bigger, welcome back Tom Flowers and Co!
Upplagd av RothNRoll kl. 6:55 PM