The GoAround - Restating the question 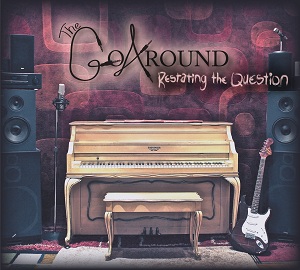 The GoAround - Restating the question (2012) Independent
Produced by The GoAround
ALTERNATIVE ROCK
Tracks : 1.Make it loud 2.When I hit the bottom 3.I ran 4.Her love is like glass 5.Remedy 6.Fooled 7.Overtaken 8.On your shoulders 9.Sunflower song 10.War 11.You come alive 12.Amber skies
www.facebook.com/thegoaround
3,5 out of 5

Now this is a really great album from Pennsylvania based The GoAround, their debut album "Restating the question" came out last year and it sounds like a mix between The Wallflowers, Better Than Ezra and The Strokes. We´re talking 90´s modern rock here with a touch of folk and roots rock, The GoAround is more of an album band that makes album songs instead of radio friendly singles so this record works better in it´s entirety. The band is Alexander Saddic - Vocals/Guitar and Anthony Saddic - Keyboards, they mention The Fray, Switchfoot and House of Heroes as their main influences which sounds just right when you listen to "Restating the question".
Highlights : I ran, Fooled, On your shoulders