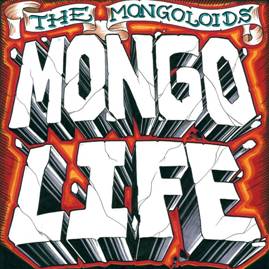 The Mongoloids - Mongo Life (2013) Six Feet Under Records
Produced by Will Yip
PUNK ROCK
Tracks : 1.Smoke signals 2.Live this way 3.Did you figure out an anthem 4.Time capsule 5.Room to grow 6.Parallels 7.All I am 8.Life long past 9.Go the same way 10.Nobility 11.Chamber door 12.Mongo life
www.facebook.com/MongoloidsNJ
2,5 out of 5

Mongoloids is a classic song by Devo from 1978 but it´s also a band from New Jersey that debuted with "Time trials" in 2008 and also released one more full length album in 2009 and the "New beginnings" EP in 2010. This band focus on simple and basic punkrock tunes with traces of hardcore, imagine Bad Religion meets Rise Against and you´ll get The Mongoloids. I like their raw, in your face sound but also think several songs soundalike on their new album "Mongo life". They get a bit monotone which is a shame, these songs surely sound a lot better live where I bet it´s easy to get caught in the mosh. They´re tight and heavy which are important ingredients, it wouldn´t hurt with a melody once in a while though. Just to lighten things up.
Upplagd av RothNRoll kl. 5:33 PM