A Fifth of Reason - Lux Prima 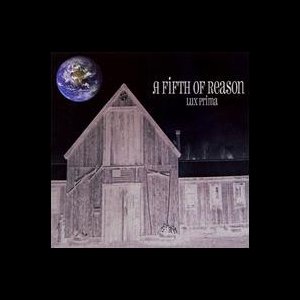 A Fifth of Reason - Lux Prima (2007) Independent
Produced by A Fifth of Reason
HARD ROCK
Tracks : 1.Miracle 2.Error of awaiting trial 3.Weight of the world 4.Infirmity 5.Heresy 6.10´ spider wall 7.Lux prima 8.Cauterize 9.The courier 10.Castle in the air
https://myspace.com/afifthofreasonband
3 out of 5

Los Angeles based A Fifth Of Reason rocks as hard as Alice in Chains but with a huge dose of classic rock a la Led Zeppelin in a modern package, you could say you´re gonna get plenty of grunge and melodic hard rock injections with modern oriented choruses on "Lux Prima". The opener "Miracle" is perhaps the most radio ready song on the album that could work on the active rock airwaves, "Heresy" breathes Led Zep and the dark title track "Lux prima" should make Tool proud while the aggressive "Cauterize" really do stand out with its powerful chorus. Do you remember Big Wreck? Well I think A Fifth of Reason sound a bit like them and that aint too bad now aint it?