A Rival - A Rival 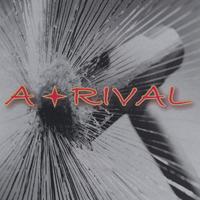 A Rival consists of vocalist Twitch, guitarist Eric Mora, bassist Adolf Alonzo and drummer Tracy Wilson. Twitch has one Grammy nomination, and Adolf, former bassist for La Mafia, has two, along with one gold and one platinum LP.
Their debut sounds like a low budget version of Smile empty soul and Shinedown.
This band doesn´t have the same powerful and crispy production but that´s understandable when the money isn´t there like with the major releases, this Houston based band also feels a bit softer than the acts mentioned above but with the help from a fame producer and a bigger budget-these guys could very well do something exciting.  They´ve got potential for sure.