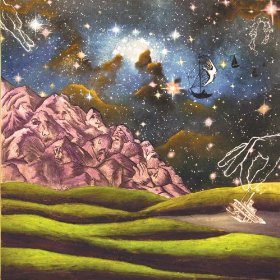 Abandon Kansas - Ad Astra Per Aspera (2011) Gotee Records
Produced by Abandon Kansas
ALTERNATIVE ROCK
Tracks : 1.Heaven come my way 2.Liar 3.Like it or not 4.The golden state 5.A conversation with the sky 6.Where else can we go 7.Take my lead 8.Wings 9.Learn 10.Give and take
http://abandonkansaslovesyou.com/
3,5 out of 5

Piano driven alternative rock and grunge tendencies makes a perfect formula if you ask Abandon Kansas, their new album "Ad astra per aspera" is a real nice combination of atmospheric rock and Chris Cornell-like vocals. Their debut "You build a wall, I´ll build a ladder" from 2008 was quite impressive and the band doesnt disappoint with the new album either, if you want a taste of what this band is all about, you can download a free 4 song EP on Amazon featuring 2 tracks off the new album along with 2 non album tracks. This is great music ,dear friends, just listen to "Heaven come my way" or "Liar". Songs made for the arenas.