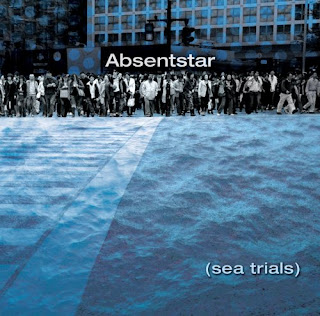 Absentstar - Sea trials (2008) Columbia Records
Produced by Dan Wilson
ALTERNATIVE POP
Tracks : 1.Half life 2.For god sakes 3.Don´t lock me out 4.Life support 5.A year from now 6.Every9one you know 7.Give in to me 8.If what you mean is harm 9.Quietly conceited 10.If you like it 11.For the moment 12.All is forgotten
www.absentstar.com/
3,5 out of 5

Chicago based Absentstar knows exactly how to capture a listener, their emotional rock combined with Derek Ingersoll´s dramatic vocals makes a winning formula on their well crafted debut “Sea trials”. The album is produced by Grammy award winner Dan Wilson (Semisonic) and he has put his touch over some of these songs for sure, but the band is also influenced by artists like Coldplay, Snow Patrol and Travis. The song “Give in to me” bring thoughts to Feeder and Ash while the beautiful “If what you mean is harm” takes the throne of this year´s most emotional songs. You´ll get a fine double package of quality rock if you decide on catching Absentstar on tour as a support act to Third Eye Blind this spring, Absentstar has potential of breaking through.