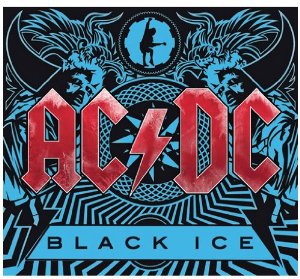 "Black ice" is the first studio album in 8 years from AC/DC and the below par album "Stiff upper lip" in 2000, the new single "Rocknroll train" is the best single since the 1990 hit "Thunderstruck" from "Razor´s edge". Will this world tour be the last tour with the band?, perhaps you should catch them on this tour just to be safe. What strikes me when I listen to their new album is that the Young brothers and Co sound hungry again, the new album is the most melodic AC/DC album since "Back in black" and their best release in 27 years, it doesn´t beat "For those about to rock" (1981). The first 5 tracks are glowing hot, "Anything goes" sound like a new AC/DC classic but they should´ve left out the 9th track "Decibel" as a b-side instead, it´s a typical "skip-over" track. I just love their background vocals, only ACDC sound like this.