AC/DC - Let there be rock The movie 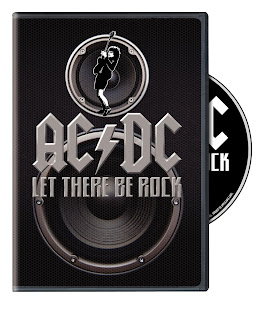 Finally, AC/DC´s concert film Let there be rock from 1979 is available on DVD. It was originally released on VHS in 1980 and this concert from Paris was the last show filmed with Bon Scott, he died 2 months later. There are quite a few live DVD´s available with AC/DC such as Live at Donington in 1991, No Bull from 1996, Stiff upper lip live 2001 and the latest Live at River Plate (recorded in 2009). But this legendary concert with Bon Scott is without doubt the best one of them all with Live at River Plate coming in 2nd place, if you remember the energy AC/DC delivered on their classic live album "If you want blood" you will understand what we´re dealing with here. This is the real deal with stuff like Angus playing guitar without straps and getting oxygen before the last song, Rudd changing his brokensnare drum, Cliff Williams tuning his bass between 2 songs and Bon walking around the stage like a matador. This show is a must have for all that appreciates a great time of real rocknroll!