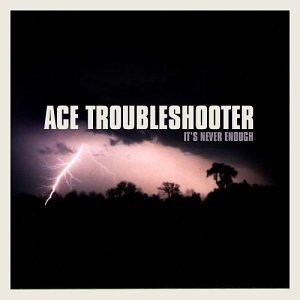 Here we have the 2nd effort on Tooth and Nail from Minneapolis punkrockers Ace Troubleshooter. The quartet was formed in the mid 90´s and released 2 albums independently before they were signed to Bec recordings where they made their self titled album in 2000. Their music can be described as a heavier form of skatepunk, like having Jimmy Eat World playing songs by Foo Fighters so you see Ace Troubleshooter is not only a pop punk band........I wouldn´t argue if someone would call them a straight ahead rocknroll band because songs like "Turn Around" and "Anything" have nothing in common with Good Charlotte or Bowling For Soup. Their energetic and pop driven music is of course related to the pop punk genre but these Minneapolis boys don´t feel as *party rocking* as many bands you see on MTV. Nothing outstanding but quite good anyhow.