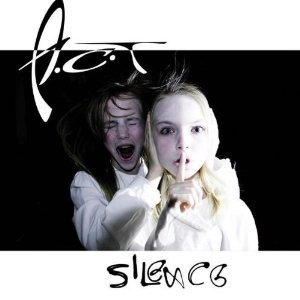 A.C.T - Silence (2006) Inside Out Music
Produced by A.C.T
PROGRESSIVE ROCK
Tracks : 1.Truth is pain 2.Puppeteers 3.This wonderful world 4.Out of ideas 5.Hope 6.Into the unknown 7.No longer touching ground 8.Useless argument 9.The voice within 10.Polish, reduce and enlarge 11.Call in dead 12.Consequences
https://myspace.com/actworld
3,5 out of 5

Swedish artrock band A.C.T needed a whole year longer for their 4th studio album than the usual 2 years that the first 3 albums took to record and release, the debut "Todays report" on MTM from 1999 felt like a fresh wind of Swedish progrock and when they put in some more muscles soundwise on the second one "Imaginery friends" (2001) - things really started to happen outside Sweden and they supported Saga on their European tour.
The concept album "Last Epic" from 2003 is the bands strongest work which was released on their second label Atenzia records, now 3 years later they return with the 19 track album "Silence" on their new home Inside Out that I hope will promote the band just as much as they deserve.

This album was released in Japan earlier this summer with the bonus track "Polish, reduce and enlarge" that is more of a pop song and I can understand why it´s not included on the European release. Just like the first two albums, A.C.T has now done a new lengthy track with many different pieces called "Consequences - The Long One" - this one is their longest so far with a running time of 25 minutes.
However, it doesn´t reach the same high level as "Personalities" from the first album or "Relationships" from the 2nd one.
A.C.T knows exactly what they´re good at and they continue to deliver theatrical artrock with an excellent performance on "Silence" but after 4 albums I start to feel that they are recycling melodies and chord changes over and over again. Still, you know what you get and there aren´t many bands out there sounding like A.C.T!